Why is The Latest Virtua Fighter Free?:The reason revealed by SEGA's Producer

On June 1st, 2021, SEGA’s latest release in the Virtua Fighter series, “Virtua Fighter esports” was released for free on PS4. The series was once a big topic. Why release it for free? Well, according to the game’s chief producer Seiji Aoki, “It’s a gift from SEGA.” We asked him his thoughts on the game, and how much he loves the series.

Q. After Virtua Fighter 5 Final Showdown released in 2010, there was no new game from this series for some time. Can you tell us about the background on how Virtua Fighter esports was developed?

A. The Virtua Fighter series is a particularly important game title for SEGA so there was always a discussion about how we will make new games for the series, but until now we could not implement anything.
Meanwhile, 2020 was the 60th anniversary of SEGA so the project started as a commemorative project to the company.

Q. Why did you released Virtua Fighter esports for free? Was this the original intention?

A. The concept of the project started by us considering a “gift from SEGA”. We wanted players of a wider generation to play and have fun with SEGA games, so we figured why not do this by providing a game for free.

Virtua Fighter esports will be free for 2 months (until August 2nd ) on PS Plus as a result.

At the same time as the game is released, there will be paid downloadable content which includes character’s costumes, Original Virtua Fighter’s character models, background music, stickers for when watching the game etc... but of course, you can play the main game for free!

Q. I heard you are a huge fan of the series. Are many people who love the series as much as you at SEGA?

Q. Will the gameplay feel like the former games in the series?

A. Virtua Fighter esports is based on 2010’s Virtua Fighter 5 Final Showdown with renewed graphics. We completely reproduced the battle system, the Character types, and the fighter’s performance mechanics.

The reason we chose this game was, essentially, 2010’s Virtua Fighter 5 Final Showdown had a remarkably high skill ceiling and a very delicate balance system. We are not changing mechanics in Virtua Fighter esports because, even if we changed a little part the balance of this game will be out of whack.

Before we released the game, we invited top players and had them play it. They gave us great feedback and mentioned how similar it plays to Virtua Fighter 5 Final Showdown.

Q. What kind of attention do you want from new players?

A. We did not change the core of this game, but we renewed the graphics, and as a result, the already solid game has been strengthened so now it is easier to get familiar with when compared with former games from this series. Plus, the overhauled graphics make the game easy to understand from an audience perspective.

The game also features replays of high-ranked player’s matches on the menu screen, so I recommend that people who play this game for the first time watch the gameplay of these players and try to learn.

I want people to get excited about the game and want to play it after watching high-skill players play. I can imagine new players thinking, “oh this character is so cool! “and “oh wow! and “you can do that kind of attack!?” I want to try that out!

Esports and online play is a major focus for this title

Q. The word “esports” is included in this game’s title in Japan, what led to this decision at SEGA?

A. SEGA has been running “Puyo Puyo eSports” for about 3 years, so we are trying to put more functions into that mode to making learning things a bit easier.

This game is specifically highly competitive so of course, sure esports and games are frequently about winning or losing, but I feel that esports is also the place that both developer and player can share in building a game’s community and we love that.

Q. Did you implement the inclusion of frame data in training mode, and so on, because you are conscious of the esports scene?

A. I think any player who plays this game will spend some time in the training mode, so we are trying put more function into that mode to making learning things a bit easier.

Also, we were conscious about esports for this game, so make battle mode fulfilling for example when playing a rank match, tournament match, league match, and so on is our desire.

For example, you can hold a tournament within the game and there is also a spectator mode. Within that you can use stickers and communicate with other audience members, etc... we want the entire experience to be engaging overall.

Q. When I think about the online tournament, I am curious about net code. what kind of system did you use for this game?

A. Recent fighting games used rollback for net code, we created a mechanism to absorb the delay rather than rely on rollback.
Also, we are doing test play with overseas players in Europe and the USA, for now there is very little delay during play.

Q. Do you think SEGA will start to hold tournaments in the future?

A. We are going to hold an esports tournament called “VIRTUA FIGHTER esports SEASON_0” in August. Also, we going to hold online pre-tournament in July. The entry of this tournament has already started so applying If you are interested in participating.

Also, we are planning to hold a tournament event that includes the participation of the legendary players called “tetsujin” (in Japan) for the Virtua fighter community.

We are going to keep trying to hold tournaments regularly, and I am hoping it will become as great an esports title as “Puyo Puyo eSports” for SEGA.

I’m also hoping that this series will have some pro players emerge. Especially, it will be exciting if there will be pro players who came from the younger generation of gamers.

It was a hard stretch of days developing the title through remote work.

Q. Could you tell me the background as to why you were chosen as a chief producer?

A. During that time I was working for “Puyo Puyo eSports Arcade” I was the one in charge of the arcade gaming department at SEGA. Considering that, I also have some experience making console games as well as working on Virtua Fighter 4 in my past, so it ended up that I would be a good choice for a Virtua Fighter esports title.

Q. How have your feelings towards Virtua Fighter developed since working on it as chief producer?

A. I am honored that I was a part of the game’s development, especially as a chief producer. On the other hand, there were many difficulties we faced and a great deal of pressure.

This game was born as a 60th-anniversary project for SEGA establishment so the biggest hurdle was releasing this game during its 60th year anniversary - June 3rd, 2020, to June 2nd, 2021.

As you can see the release date was June 1st, Let’s just say it was tough to make that happen lol.

Q. So you mean did you guys finish making this game just in time?

A. Yes. All the work on the game was done remotely. It was hard to get used to that environment, it was difficult to say the least. Throughout development and still to this day, there are many people I have yet to see in person from our development team.

Q. The last question, do you have any personal desire to make a completely new Virtua fighter after this?

A. I think the fans of this series expected a completely new game, a “Virtua fighter 6”. But unfortunately, there is no plan for “6” right now.
We firstly want to ensure that, Virtua Fighter esports is a success. 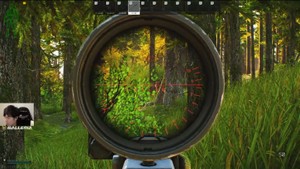 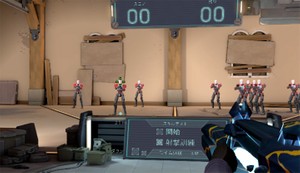 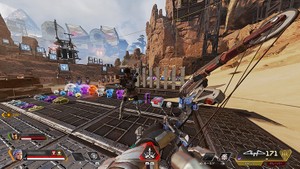